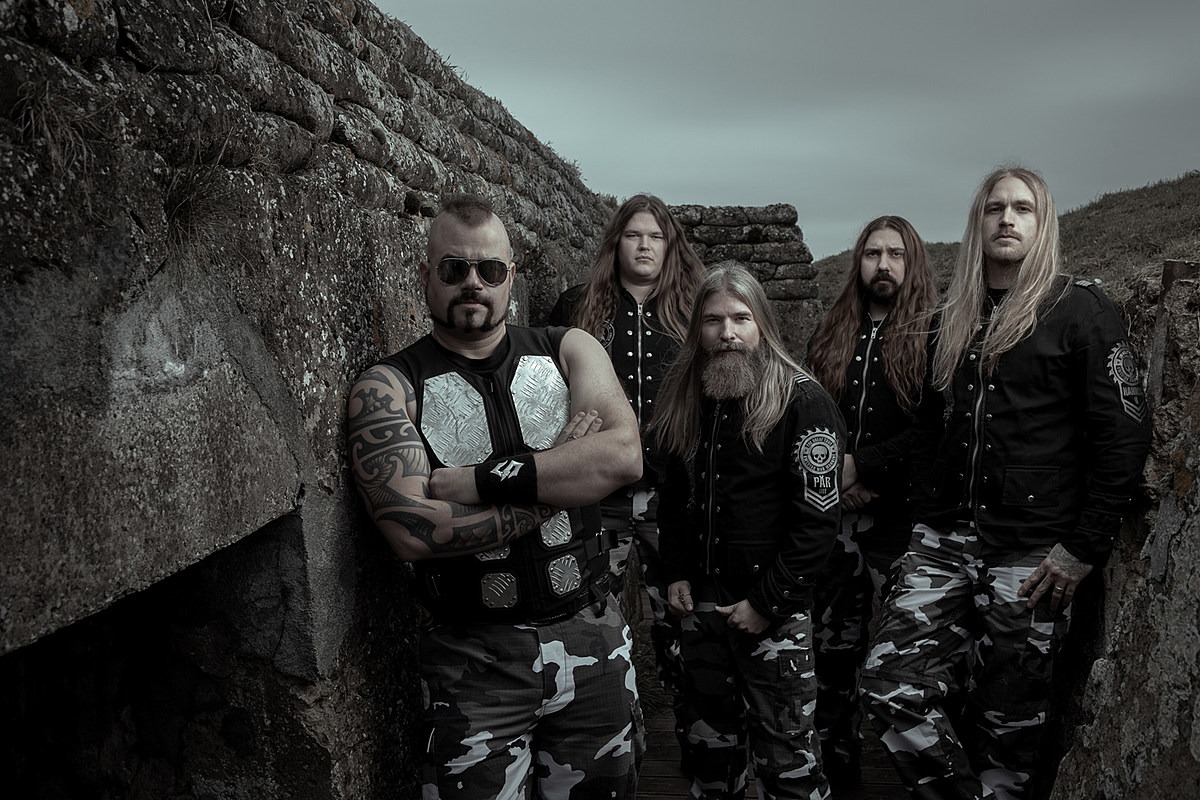 A tour around Europe for Sabaton that has had a lot of influence for the Heavy Metal scene. Come and find out what they are planning and which guests they will be taking with them in the following article!

Following the release of their tenth album, The War to End All Wars, Sabaton indicates they will tour Europe again in the spring of 2023, the final tour admittedly. Beginning in Leeds on April 14, Sabaton will head to 21 cities in 14 countries to perform. They will perform their biggest and most spectacular show yet in Europe’s biggest arenas. Fans can be assured that the band will make history with groundbreaking live shows on this tour.

Sabaton is perhaps best known for their exciting live concerts, combining their cool music and a well-running show with energy and laughter. The band has become very well known in many areas, regularly filling arenas and providing frequent performances at festivals across Europe.

They also announced two bands that will accompany them during the tour. First, they indicated they will be joined by none other than Japanese dance metal phenomenon, BABYMETAL. Since their formation in 2010, Babymetal has made headlines worldwide and caused quite a stir. For example, they also performed at Glastonbury in the United Kingdom in 2019 and blew the audience away with their unique show.

In addition, they indicated that the band Lordi will perform every night of the tour. Lordi is a Finnish band, who is known for their monstrous lyrics and costumes. They became known to the general public through their winning performance at the Eurovision Song Contest in 2006 with their song Hard Rock Hallelujah.

Sabaton is a Swedish heavy metal band founded in 1999. A characteristic of the band is their well-known songs about historical wars, battles and characters.

Combining their power riffs with singer Joakim Brodén’s instantly recognizable sound, the band simply cannot be placed within any genre. Fans only know them as Sabaton: the heavy metal band that sings about wars in real life.

In this community we will share news, blogs, updates and music reviews that are of interest to you. This way we will keep you informed about everything that is happening within our music world. And don’t hesitate to share your interests and news on here as well! You can join our Hardrock and Heavy Metal community on Facebook.

Only together can we grow this community, so please share our blogs and posts with friends and family. And let us know what you think about it. That way we will soon grow into a large Facebook community where everyone can share their true passion!

This website uses cookies to improve your experience while you navigate through the website. Out of these, the cookies that are categorized as necessary are stored on your browser as they are essential for the working of basic functionalities of the website. We also use third-party cookies that help us analyze and understand how you use this website. These cookies will be stored in your browser only with your consent. You also have the option to opt-out of these cookies. But opting out of some of these cookies may affect your browsing experience.
Necessary Always Enabled
Necessary cookies are absolutely essential for the website to function properly. This category only includes cookies that ensures basic functionalities and security features of the website. These cookies do not store any personal information.
Non-necessary
Any cookies that may not be particularly necessary for the website to function and is used specifically to collect user personal data via analytics, ads, other embedded contents are termed as non-necessary cookies. It is mandatory to procure user consent prior to running these cookies on your website.
SAVE & ACCEPT